Opened to the public in 2010, Thien Duong or Paradise Cave is 31 kilometres in length, making it the longest dry cave in Asia. The interior feels as lofty, heavenly and humbling as a grand cathedral. With vaulted ceilings rich in stalactites, it’s an exceptionally pretty cave. Travellers shouldn’t miss it. 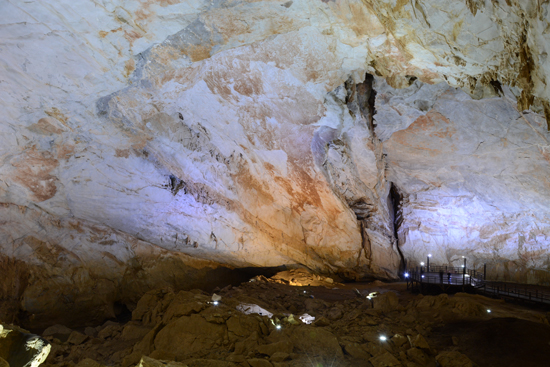 In 2005, a local man out foraging for bamboo heard howling wind coming from within a mountain and the rest is caving history. The British Cave Association began explorations into Paradise Cave and after four years of research, it was revealed to be a staggering 31 kilometres long, taking the crown from Phong Nha as the longest of Phong Nha-Ke Bang National Park. It will get you within half a kilometre of the entrance, and then it’s a steep walk up paved ramps.

Once up, it’s time to go down again following stairs through a small opening leading into the belly of the cave. The first impression is eye-opening, and it only gets better as you continue down the wooden stairs and along the boardwalk for one kilometre through the tastefully lit cavern. At its largest point it is 100 metres high and 150 metres wide. You’ll see some amazing speleothems (that’s “cave formations” to us regular folk) and visitors can easily spend up to an hour gawking at every glimmer and swirl. For those with SLR cameras, a tripod really comes in handy but the boardwalk’s flat sturdy handrails also do the trick for long exposure shots. You’ll have a much better experience if you can avoid tour groups, which tend to arrive in the afternoon. Go early and you may have it all to yourself. 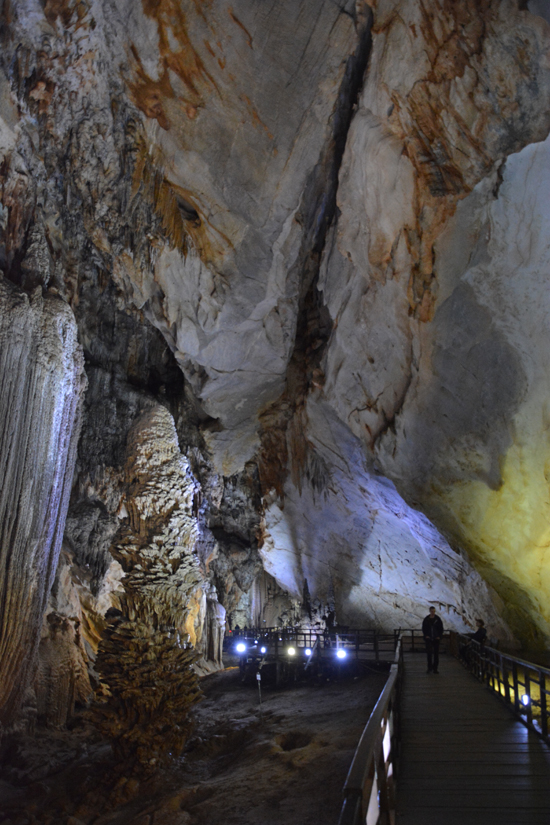 A subject in your photo offers some perspective in scale.

To experience more of Paradise Cave, the adventurous can go deeper and further with Phong Nha Discovery’s 7 km Paradise Cave Underground Trek. Aided by head torches, guides take you 3.5 kilometres in (seven kilometres refers to the distance round trip). Highlights include lunch in the cave, a “skylight” where sunbeams can shine through and swimming. In times of high water levels (usually September to December), it is reduced to four kilometres. 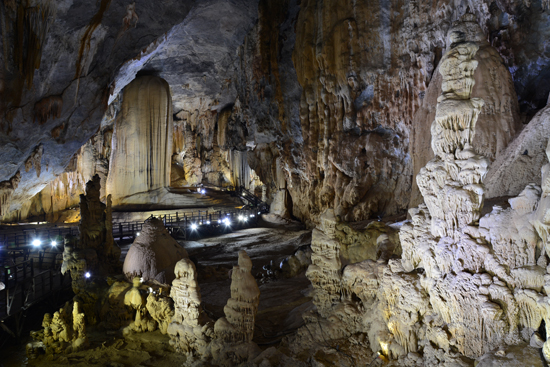